Space. Light. Order. The relevance of structural innovation. The Modernist is the 21st century interpretation of a significant philosophy. 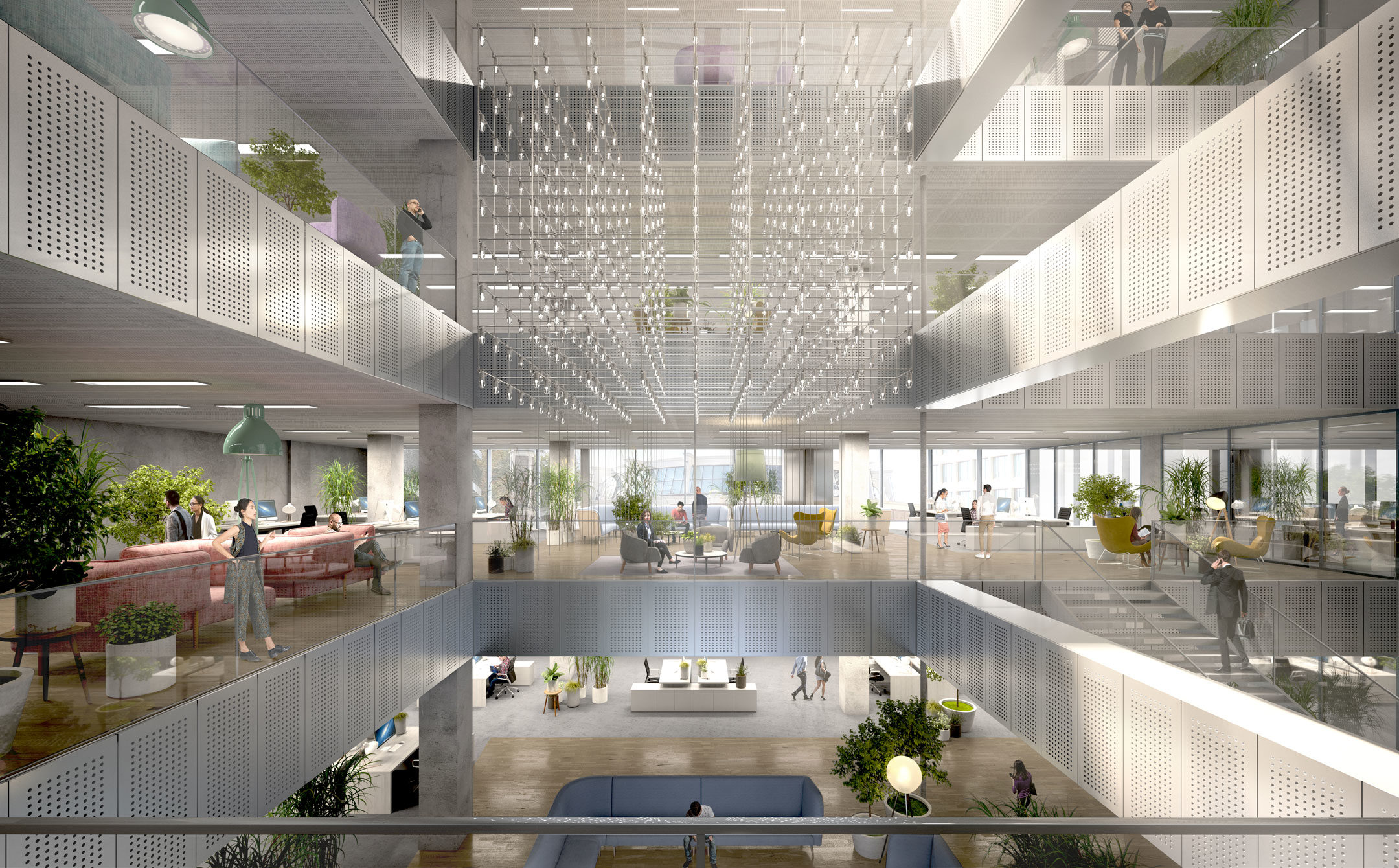 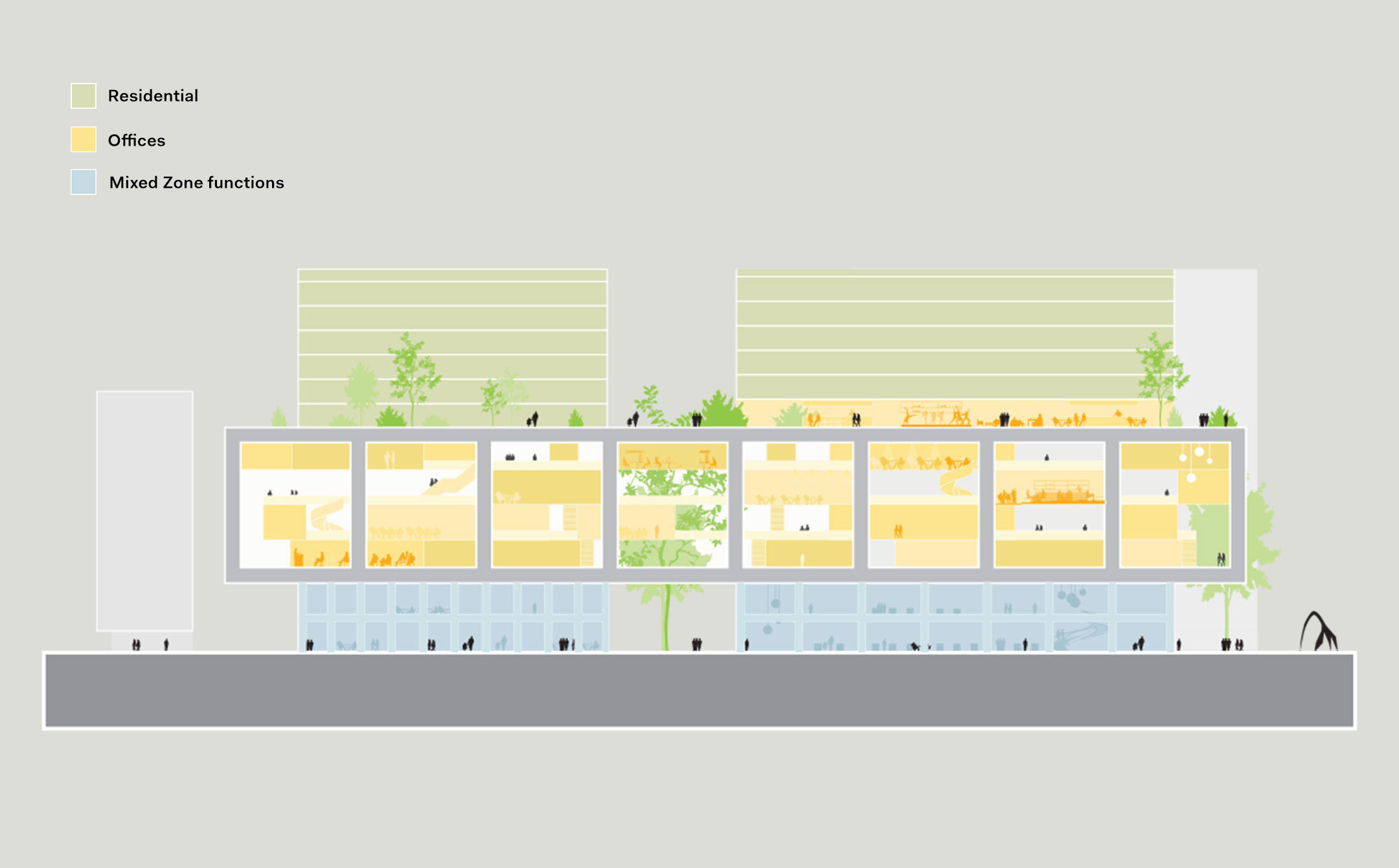 “The design adds a simple, yet strong character to Rotterdam’s city entrance. We opted for an architectural style that references the reconstruction of Rotterdam and fits in with existing buildings such as the Groothandelsgebouw en FIRST.”

Jacob van Rijs, architect and urban planner, is one of the founding partners of MVRDV, an interdisciplinary studio that works at the intersection of architecture and urbanism.

“You simply couldn’t live and work more any more centrally.”

“Rotterdam is the city in which I have lived and worked for many years. MVRDV’s headquarters is based in the Industriegebouw, and from there we have been involved in creating a number of exceptional projects in the city over the last few years. These include the Markthal, the Depot Boijmans Van Beuningen (which is currently under construction), and the Sax on the Wilhelmina Pier. The Modernist will become another iconic building to join these new city landmarks.

“In general when designing a building, it may take a while before the right option presents itself; it often requires some time for things to really come together. In the case of The Modernist, one aspect was clear to us right from the start: we could see that we wanted to put together a multifunctional complex for residential and business use that would fit in with the architectural style in which Rotterdam was reconstructed after the Second World War.

“Furthermore, the location is quite exceptional. The Modernist is soon going to become more or less the first building you see when you come out of Rotterdam CS. The first impression is an important one: when I was a child and went to visit members of my family, I can still remember the deer park you saw when leaving the station. Wouldn’t it be lovely if The Modernist could evoke that sort of memory for a new generation? Besides, we also wanted to create a building that would truly belong in Rotterdam, and that would do justice to existing buildings such as the nearby Groothandelsgebouw.

“When developing a building, I love putting together relevant associations. For instance, for the Danish rock museum Ragnarock we had the idea of designing a facade inspired by the metal studs that are often used to decorate rock stars’ clothes. For the luxury brand Bulgari, we developed a concrete facade with veins of synthetic resin as a reference to its very first store in Rome. For The Modernist – as the name itself indicates – modernism was naturally an important source of inspiration.

“Whenever I stroll around the centre of Rotterdam, I see lots of modernistic buildings with a prominent grid. This grid concept must definitely be integrated into the design. Another noticeable feature of many of these buildings is the raised plinth that serves as a canopy, thereby covering part of the pavement. What’s more, The Modernist forms part of an urban block containing the Bouwcentrum:  it was here that architects and builders would come after the war to explore techniques and materials, and to gain inspiration for the huge task of reconstructing the city. You could say that this city block is actually a conglomeration of different buildings, which The Modernist is joining to form a seamless part of a larger entity.

“In The Modernist, you can also see a reflection of the city: the design is both robust and elegant. The building consists of two different towers with an office block that we have elevated to create a covered passageway. When finished in its entirety, The Modernist will soon form a fantastic new entrance to the city which you can walk through from the station as you head towards the city centre, without getting wet.

“Why do I think it will be wonderful to live and work in The Modernist? Well, first of all, you really couldn’t live and work in a more central location. Anyone looking for this combination  simply cannot ignore The Modernist. But The Modernist is also a beautiful, transparent and recognisable building with specific qualities such as the indentations in the residential towers. These ‘sunspots’ give the towers a distinctive silhouette, while also ensuring that rays of sunlight fall onto Kruisplein. Last but not least, there are fantastic views over the city that can be enjoyed both by residents and by people at work in The Modernist. All in all, The Modernist is going to breathe new life into the Kruisplein area in its own unique way, as a cool and elegant visiting card for the city.”

On the ground floor, The Modernist is directly in contact with what’s happening on the street. Its relationship with the outside is so strong because the enormous framework of the offices above the plinth acts as a colossal window to the city: it literally brings the inside closer to the outside. Within this framework, there is enough room for four office floors with lettable areas of up to 3,000 m2 per floor. These spaces can be arranged flexibly and dynamically thanks to the modular design. This freedom in determining the position of the floors, atria, stairways and walls allows you to create a fully customised working environment; anything from experimental and dynamic to pragmatic – and everything in between. 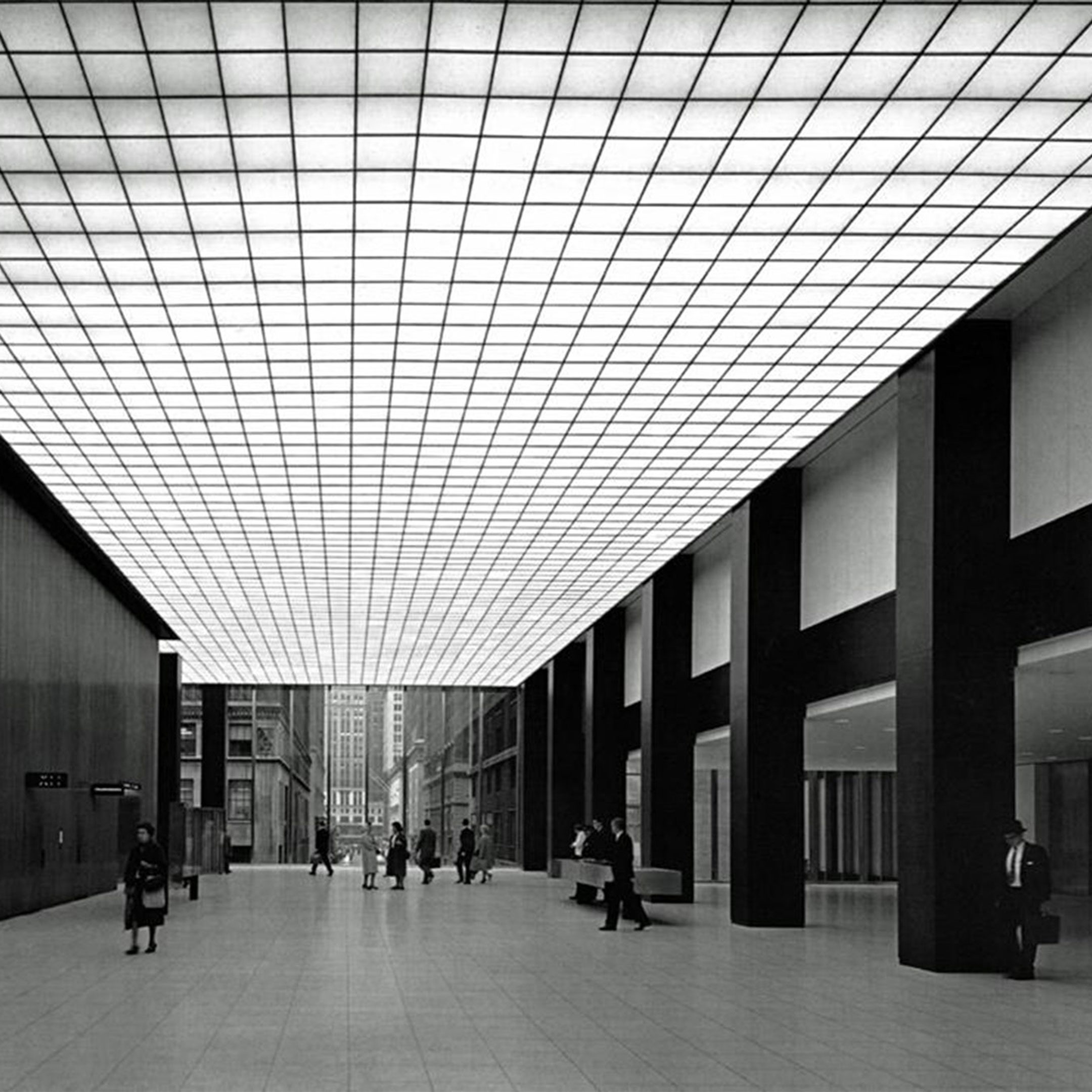 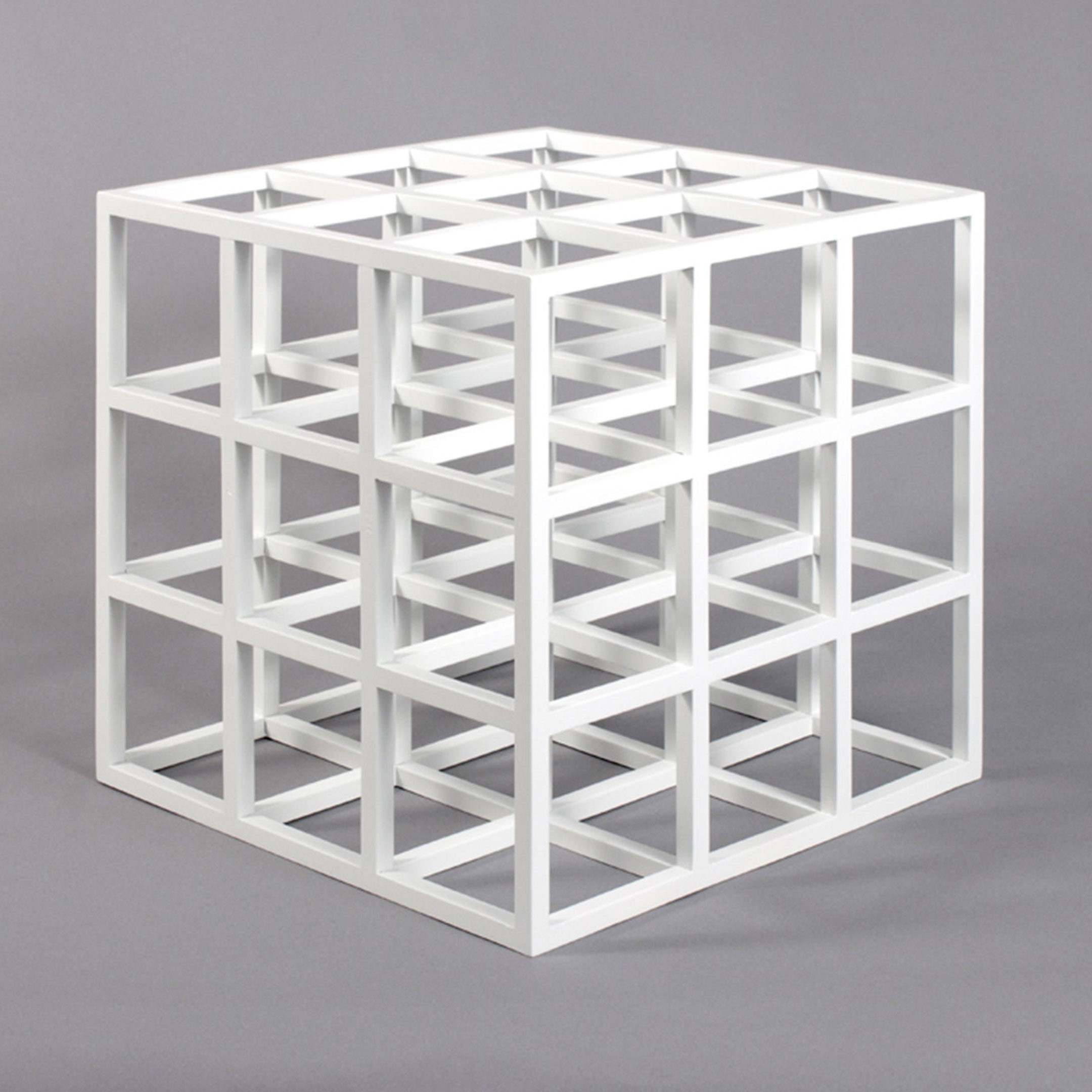 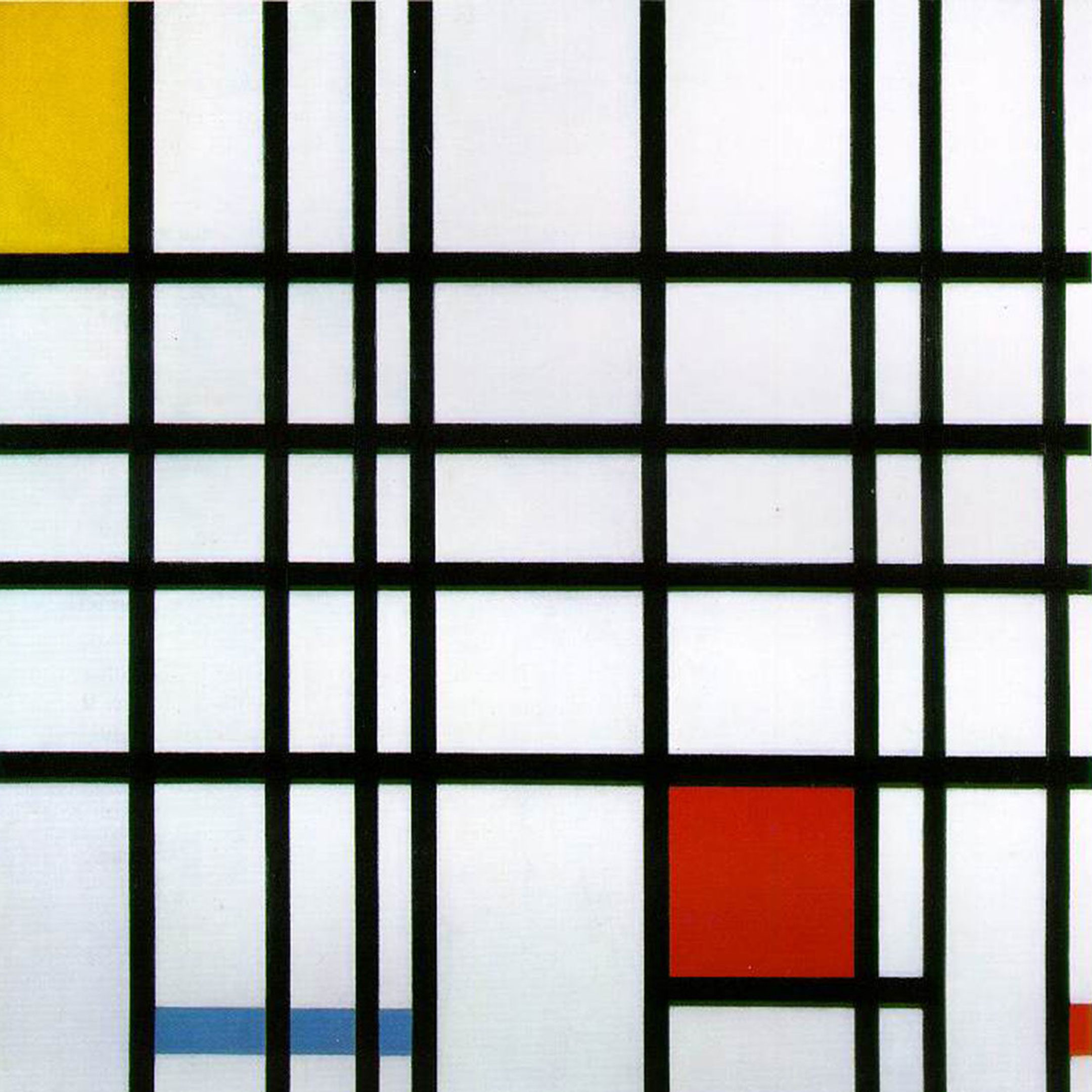 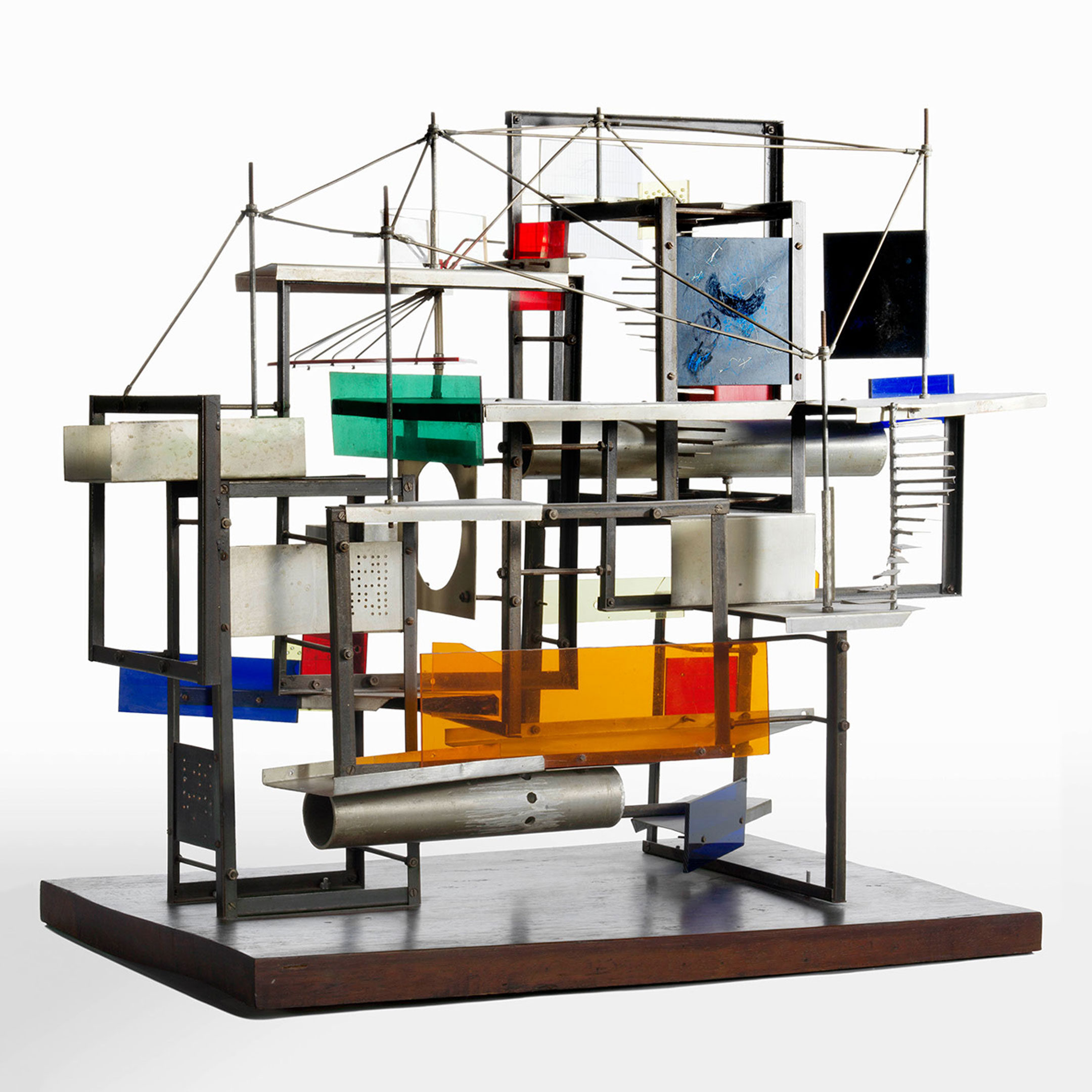 Modernism in architecture emerged around the 1920s. It was the response of designers such as Le Corbusier and Mies van der Rohe to 19th-century architecture in which appearance was more important than functionality. In modernism, functionality is the starting point; it’s all about simplicity and honesty. Light, air and visibility are important aspects of modernist design, in which the application of modern materials characterises the implementation. The power of simplicity makes modernism one of the most prominent and important trends in architecture.

The Modernist is being built in the Central District of Rotterdam, the symbolic heart of the city’s reconstruction after the war. It’s a part of the city centre that is characterised by Rotterdam’s own modernistic style, and is a model of distinctive, robust architecture. This location, the architectural elements and the cultural context have challenged the architect to create an equally distinctive design.

The Modernist is the 21st-century interpretation of modernist architecture, whereby the architect has remained true to the original principles: it is strong, sleek and at the same time elegant and timeless. These principles are being implemented these in a modern way while looking towards the future.

The architect is Jacob van Rijs, one of the principal partners of the Rotterdam architectural firm MVRDV. This collective of architects is making a name for itself worldwide with innovative solutions in urban architecture in locations ranging from the Netherlands to China, from France to the United States and from India to South Korea. MVRDV’s work has received numerous international awards throughout the globe, its most famous work in the Netherlands undoubtedly being the Rotterdam Markthal.

Large lights within bright spaces that offer views from all sides.